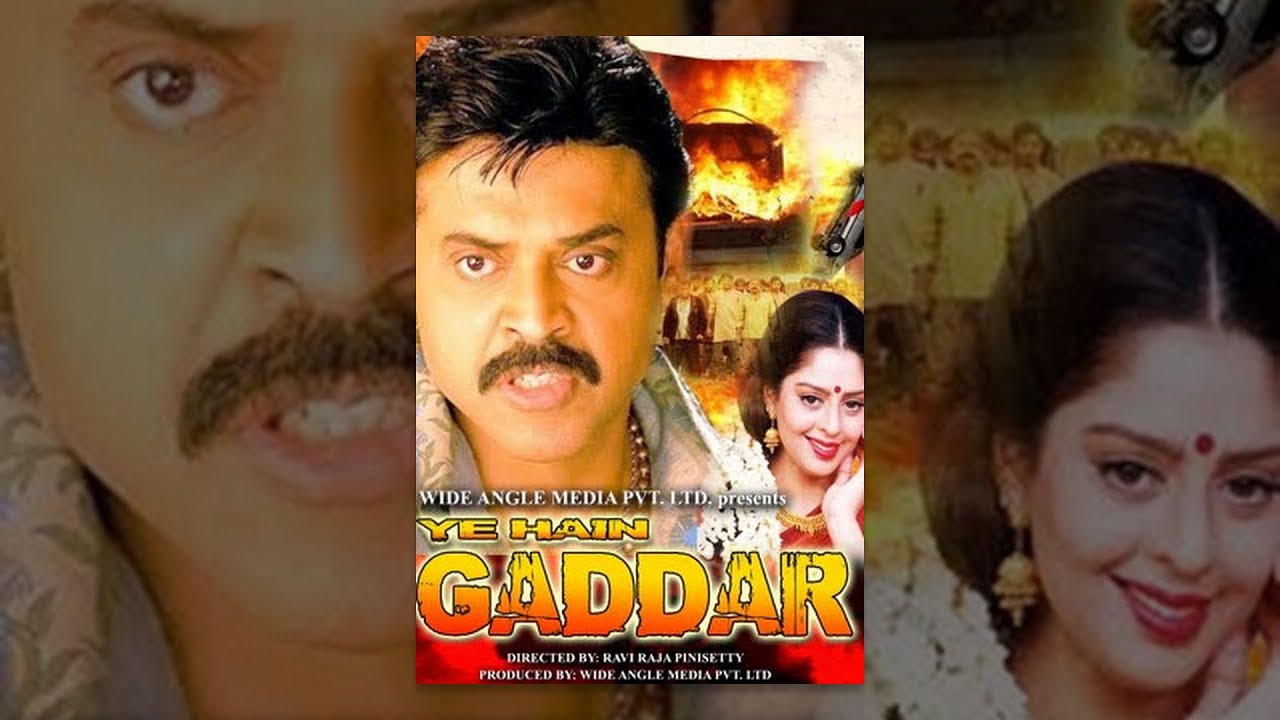 Synopsis:
Raja (Venkatesh) and Ashok (Suman) have been best friends since childhood. Raja is a milkman while Ashok is the only son of a rich businessman and hotelier Gangadhar (Kota Srinivasa Rao). When Ashok falls in love with Shanti (Rekha), a poor girl, his father is against the wedding, Raja holds the wedding and earns his ire. Meanwhile, Raja falls in love with Rashmi (Nagma), whom he subsequently marries.
Gangadhar, plotting to drive a wedge between his son and Raja, hints that he would like to build a hotel on Raja’s land, he gives the land to Ashok without even accepting money for it. When Gangadhar later talks about bringing down his house, he slaps Gangadhar in anger and even Ashok slaps Raja which breaksup their friendship.
Gangadhar orders to run bulldozer over Raja’s house and keeps the blame on Ashok. Raja challenges that he would become a bigger and more successful hotelier than Ashok. Raja, with his hard work and honesty, becomes the biggest businessman in the city.
Ashok’s younger brother Srikanth (Srikanth) and Raja’s younger sister Kamala (Yuvarani) study in the same college, Srikanth traps Kamala and marries her to take revenge against Raja he harasses her a lot. Meanwhile, during an auction, Raja tricks Ashok to buy a plot for 12 crores which not worth more than 3 crores, Raja buys out entire property of Ashok including his house. But with all goodness in heart and the old friendship in mind, Raja gives back the property to Ashok.
At the same time, Ashok also comes to known the truth regarding all the tricks played by his father and by his cousin Prabhakar (Vinod). Meanwhile, Daniel (Captain Raju) common enemy of Raja & Ashok joins with Gangadhar and both of them plans to kill Raja by mixing poison in his milk factory, information is passed to Ashok by Kamala that’s why she is torchered by Srikanth and Gangadhar, Raja saves her and comes to known regarding their poison plan in milk. At the same time Ashok goes to stops Daniel but he is injured, Raja saves him, both of them joins sees end of Daniel & Gangadhar, and they become friends once again.