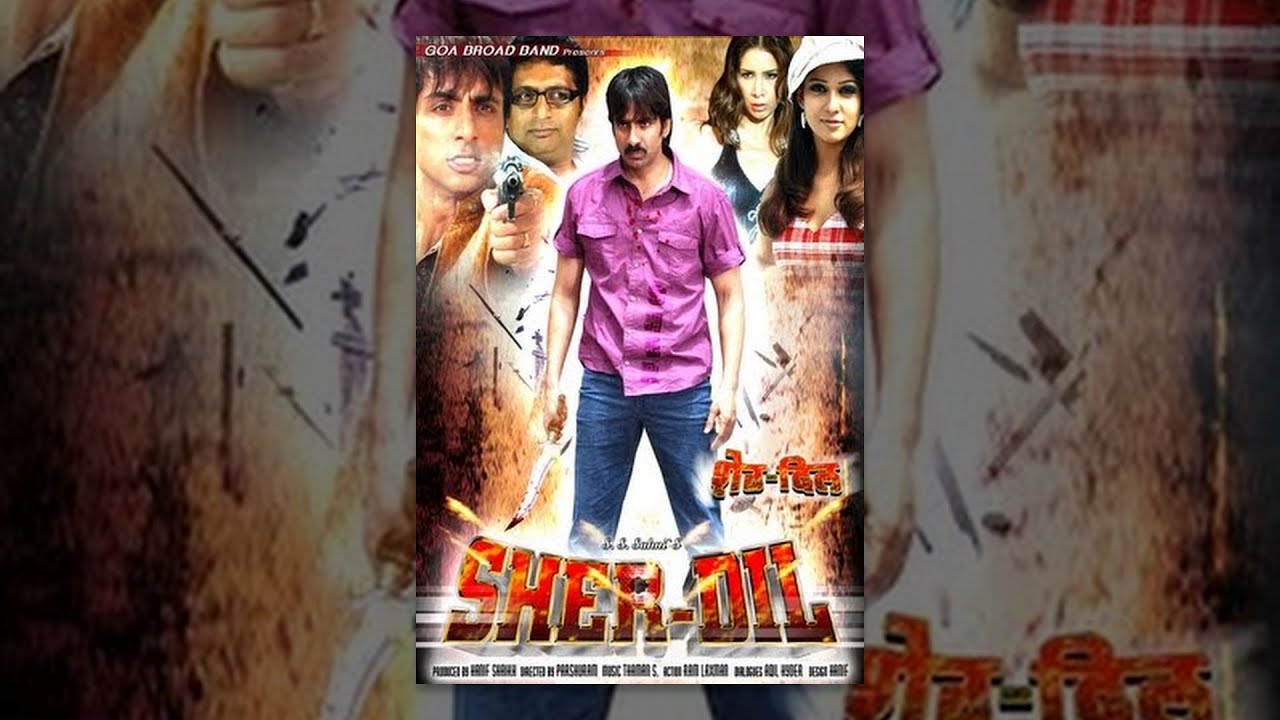 Synopsis-
In Sher Dil, Abhimanyu (Ravi teja) is one man who has a big mouth, however he has a good heart and is a brave man too. He comes across Anjali (Nayantara) through an incident and falls in love with her instantly. Abhimanyu works with a TV channel and he is the darling of his parents Krishna Murthy (Nasser) and Lakshmi (Vinaya). Even he loves them dearly but then he goes into sadness when both of them get killed in a bus accident after they come to see him. However, he discovers that this accident was intentional and it is due to the big and dreaded don Bada (Sonu) along with his gang of government officials and police. Abhimanyu decides to teach them a lesson and how he does that forms the rest of the story.