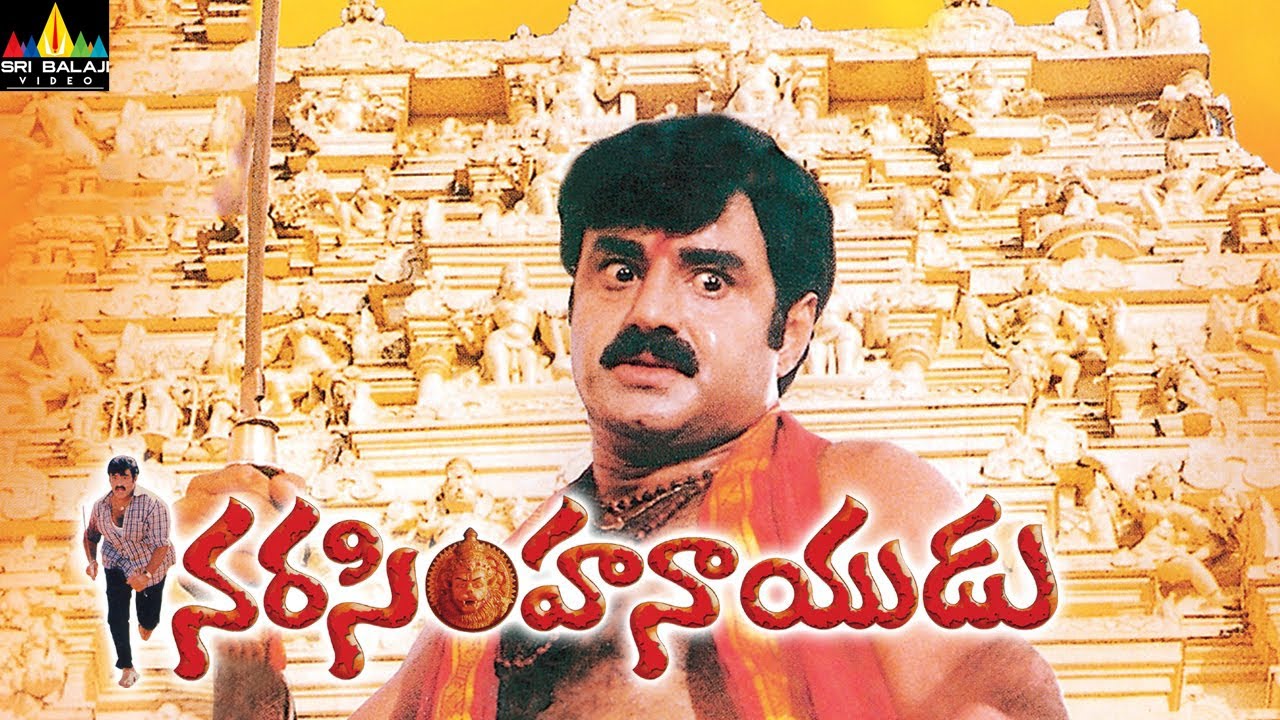 The parents of Anjali fix up the marriage of Anjali with one of their relatives. When the uncle of Anjali comes to know that she is in love with a widowed dance master; he attacks him and threatens him that he would kill the kid. When they find Anjali missing, the entire battalion of goons invades the ashram of dance master only to find that he flew away.

Narasimha Naidu, after coming to know that goons were coming to attack him, vacates the ashram and boards the train. At the same time Anjali too boards the train, though Narasimha Naidu rejects it. Then a fleet 16 Whites Sumos containing goons chases the train using a parallel road. And they over take train and stop it forcibly at a station. Then we have around 100-armed goons surrounding the train and vying for the blood of Narasimha Naidu. After a couple of minutes Narasimha Naidu gets down the train showing his back to them. And then turns around. The moment, the goons realize that the dance master is none but Narasimha Naidu; they leave all their arms and run away to save their dear lives.

Then Narasimha Naidu explains Anjali his flash back.