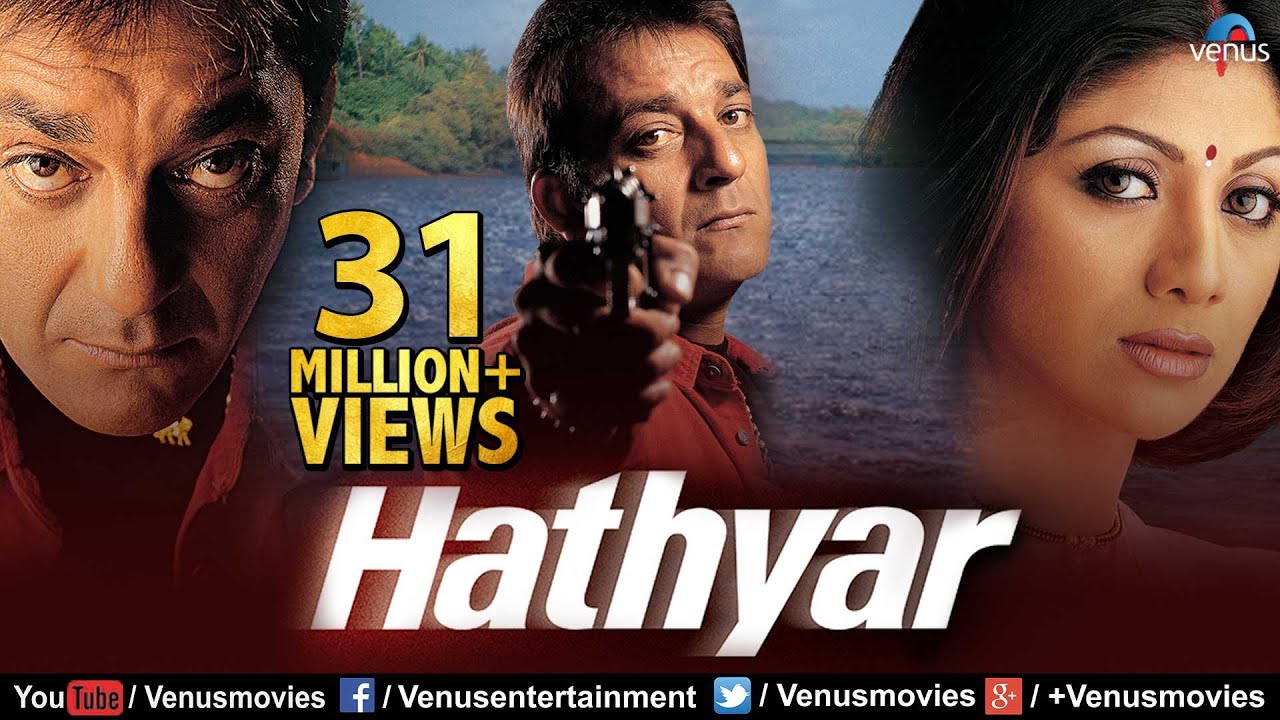 Hathyar is a narrative which probes into the household of Raghunath (Sanjay Dutt), a dreaded gangster. His bereaved son Rohit (Sanjay Dutt) has to face a lot of flak from the outside world, repeatedly reminsding him of the stigma attached to
his family because of his father?s past. Rohit has weaknesses, he cannot stand any woman being called a prostitute, because his mom, Sonu was one, and he has fallen hard for a married woman, Gauri (Shilpa Shetty), who is enduring a marriage with a phsycially abusive spouse. Rohit snatches her out of this abusive relationshisp and re-marries her. But Rohit?s problems are far from over. There is a change in the political scenario and Rohit does not find any support from any god-father. He is ordered to be arrested – dead or alive. Hathyar is the beginning of the end of its prequel Vastaav.