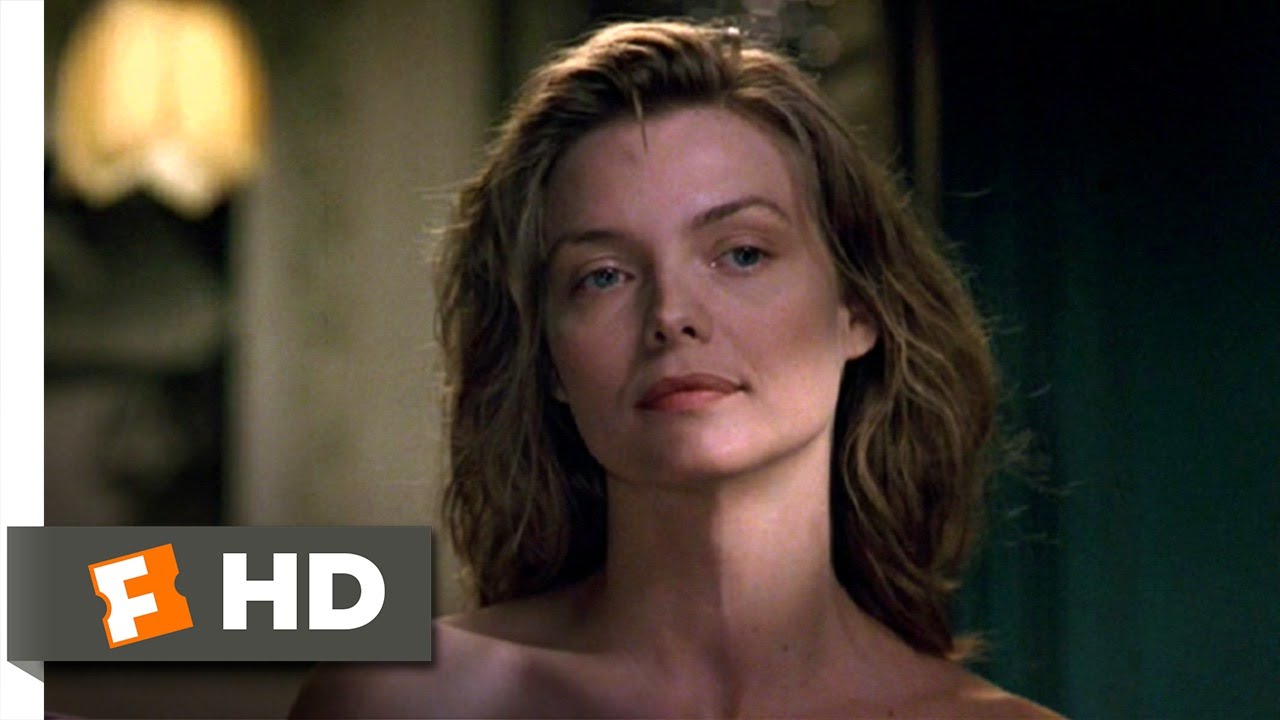 FILM DESCRIPTION:
Terrence McNally’s stage play Frankie and Johnny in the Clair de Lune was a two-character piece, which starred Kathy Bates and F. Murray Abraham on Broadway. Garry Marshall’s film version of the McNally play streamlines the title to Frankie and Johnny, expands the dramatis personae to include at least a dozen fascinating characters, and “glamorizes” the decidedly unglamorous Frankie and Johnny in the forms of Michelle Pfeiffer and Al Pacino (their first co-starring stint since Scarface). Purists carped at the changes, but overall the film is likeable enough to transcend these carps. While serving an 18-month sentence on a forgery charge, Johnny (Al Pacino) discovers the joys of cooking and classical literature. Upon his release, he is hired by gruff but good-hearted New York diner owner Nick (played by Garry Marshall “regular” Hector Elizondo). Also working for Nick is a waitress named Frankie (Michelle Pfeiffer). When Johnny expresses interest in Frankie, she keeps him at arm’s length, her mistrust of men stemming from an unmentioned but obviously traumatic experience in her past. Eventually, however, Frankie and Johnny do get together, their curious relationship setting the stage for a dramatic denouement wherein both lovers bare their souls. The bulk of the original McNally play is concentrated in the film’s final 20 minutes; the rest of the picture is a kaleidoscope of comic and poignant vignettes and quick-sketch character studies. Of the newly minted characters, the standout is Nathan Lane in the traditional “gay best friend/severest critic” role: he plays the character so effectively that one forgets he’s essentially a cliché. As for the stars, Al Pacino is ideally cast as Johnny, but Michelle Pfeiffer, superb though she is, seems a bit ill at ease as the emotionally tattered Frankie; she totally wins the audience’s hearts, however, in the film’s memorable bowling-alley sequence. Smoothing over the rough spots in Frankie and Johnny is the evocative musical score by Marvin Hamlisch.

WHO ARE WE?
The MOVIECLIPS channel is the largest collection of licensed movie clips on the web. Here you will find unforgettable moments, scenes and lines from all your favorite films. Made by movie fans, for movie fans.